Tracking all the times I used transit continued in 2019 even as I moved to Montreal where the transit card makes it harder than in Toronto. A tradition since 2014 continues. For STM rides I counted “unofficial” transfers as two rides. I took 194 rides in 2019. My rides were paid for using: Presto (115) and OPUS (79).

I made good use of the STM on weekends with weekend passes with my highest riding on Fridays and Saturdays. On the TTC it was mostly on weekends as well since I was in Toronto for the first months of the year. I continue to walk to/from work every day when I’m at my regular office so do not use transit most weekdays. Total rides each month show when I moved to Montreal and started walking everywhere to explore the city. December jumps up because I went to Toronto for several days and took advantage of transit.

Weekday riding is generally low, except for 2017 when I was seconded to the airport for the summer, but in January and February 2019, I was using transit quite a bit during the week to visit friends. I stopped going to axe throwing league on Sundays from September 2018 so no longer have higher riding on that day. 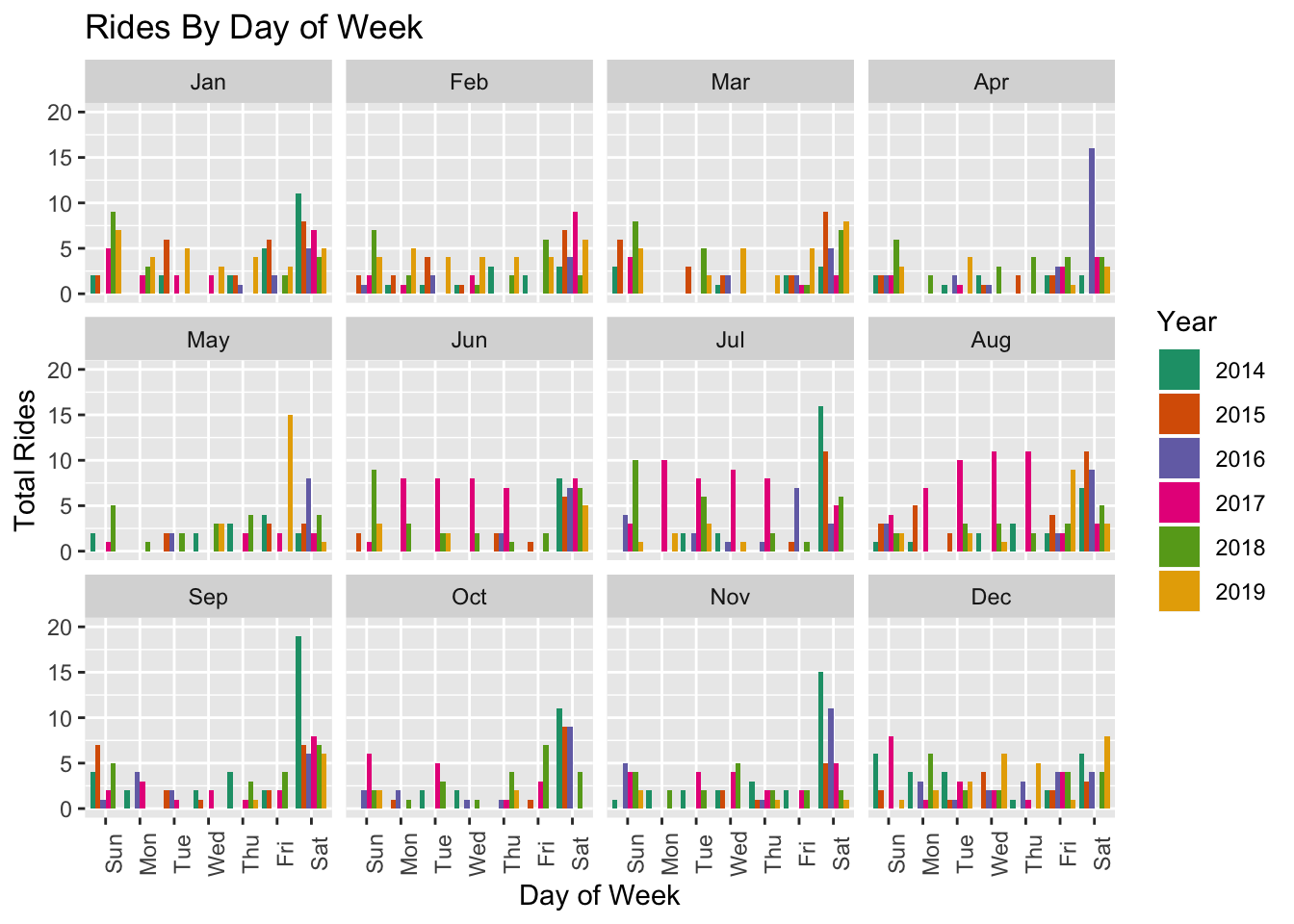 Moving to Montreal meant that my few work rides became more expensive because the minimum fare to the airport is a day pass at $10 (vs. a regular fare at $3.10 on the TTC). I kept the data from other transit agencies this year, and added to previous years where I had the data from my Presto downloads.