Tracking all the times I used transit continued in 2020 but was significantly curtailed because of Covid-19. The tradition since 2014 continues. For STM rides I counted “unofficial” transfers as two rides. I took 12 rides in 2020. My rides were paid for using: Cash (2), Presto (2) and OPUS (8).

The Monday trips were on a long weekend trip to Boston in the before times to ride the subway to Cambridge and hope on the Green Line. Thursdays were the day I had on-site workshops which is where all the STM rides on that day come from. Thursday also happens to be a day I was in Toronto and hopped on the streetcar to enjoy a dinner at Wvrst. My Saturday rides were probably all trips to or from Jean-Talon Market.

After my trip to Toronto at the start of March, I hardly went anywhere else that I couldn’t walk to. I was even walking to Costco nearby.

Weekday riding is generally low, except for 2017 when I was seconded to the airport for the summer, but in January and February 2019, I was using transit quite a bit during the week to visit friends. I stopped going to axe throwing league on Sundays from September 2018 so no longer have higher riding on that day. 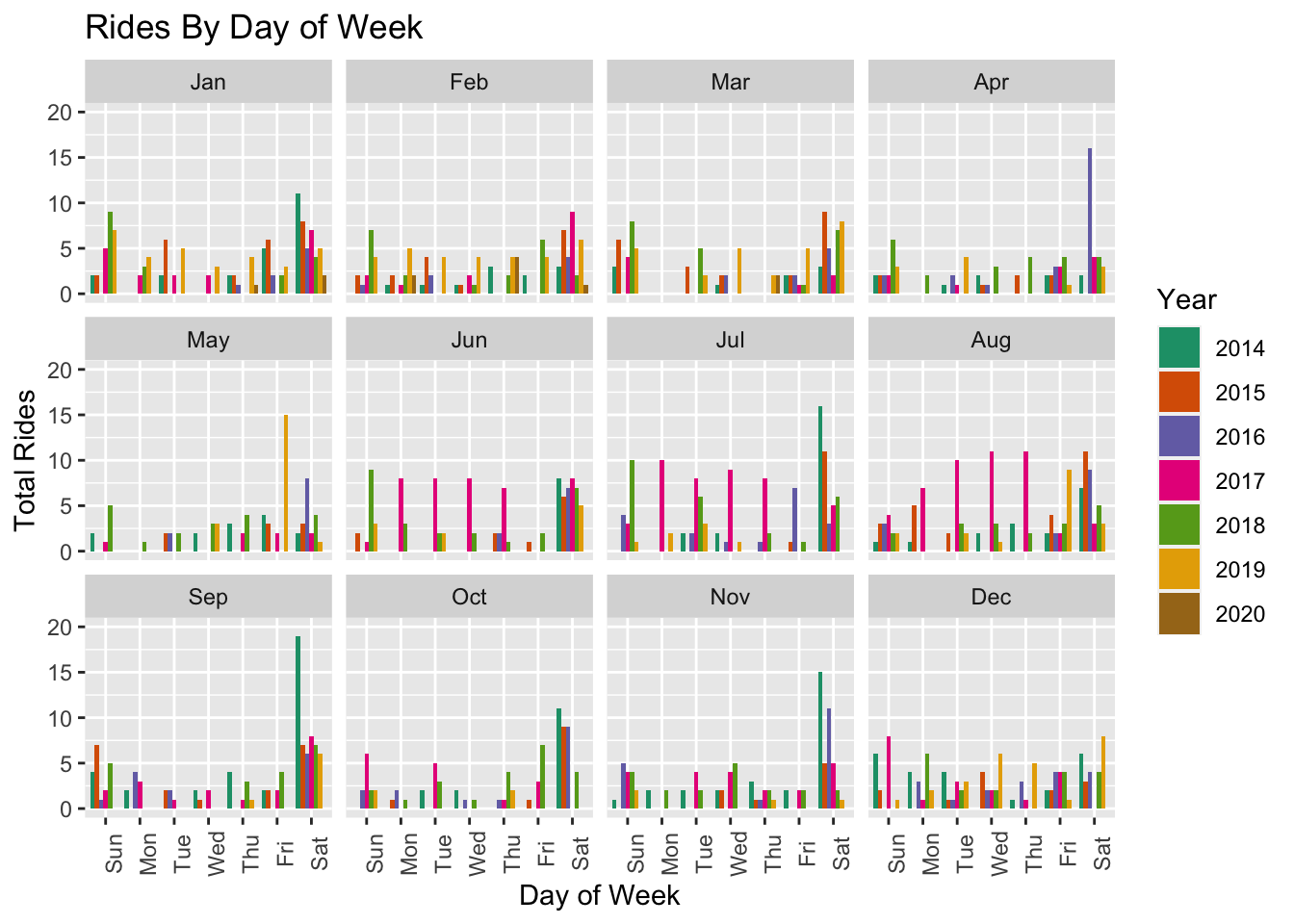 The pandemic meant that I used about 10% of the transit in Montreal last year compared to the year before. I did manage to collect one new transit agency last year.