This has been a strange week as I have acquired many more things than I normally would. The week started with a chat with my masters supervisor, which lead to a box of camera equipment he was going to get rid of. From this encounter, I ended up with a Nikon F-601 with a 28-80 lens and a Minox 35 EL with flash (Rollei 100 XLC). The Minox is quite small when closed. 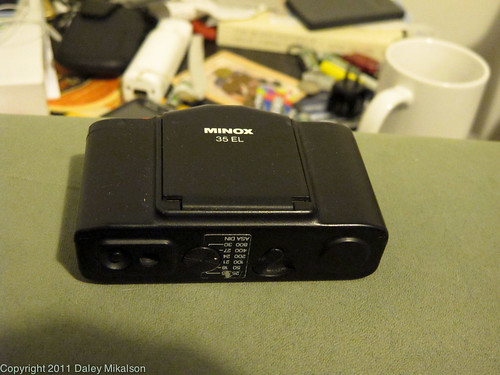 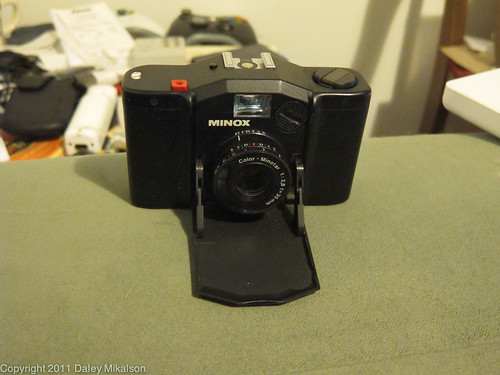 And a bit odd with the flash. 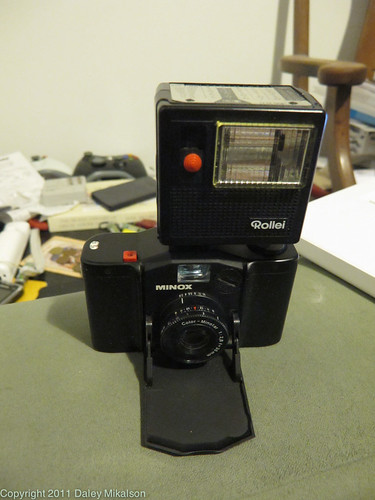 My other thing this week is a new cellphone to replace my not dead yet Nokia E51. I've had that phone for 1215 days as of today (or 3 years, 3 months, 28 days), and it is missing the rubber bits that were the side keys. The power key on the top is starting to lose its rubber as well. To replace it, I got a Blackberry Bold 9900. It was time to play with a smartphone and I know from my iPod Touch that I don't really like on-screen keyboards. Thus far, it has been lovely to type on though there is still some getting used to left. 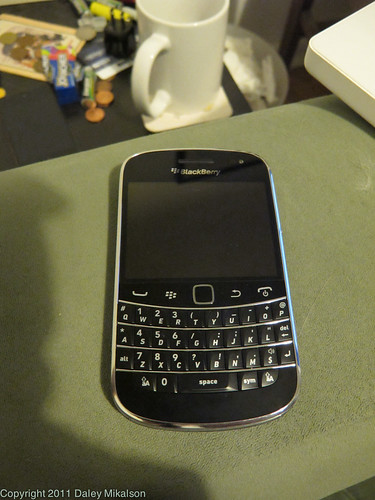 On my to do list is to pick up a replacement battery for the Minox so I can try it out. I even have some processing included film to use for the testing. Unfortunately or fortunately, I'm not sure which, the battery used in the camera has been discontinued because it was mercury-based, but thankfully there are several options to replace it.