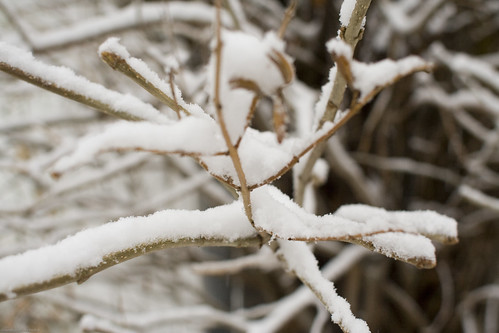 It snowed a bit over-night on November 5th. This was on my walk to the bus in the morning. Thankfully, the snow melted on contact with the roads and so there was no delay in my bus arriving. I would imagine that soon enough there will be problems with that, but I may not notice because I usually catch a bus in a pack of buses.

It seems that Calgary Transit is taking a page from the TTC and teaching new buses to travel in packs. In Toronto, this is an annoying and often problematic behaviour of buses because you have to catch the first bus as it is the only one to stop. It doesn't matter if that bus is already full, it will stop and the mostly empty other bus will drive past, but will let your bus pass it before the next stop as to avoid any wear and tear from those pesky passengers (they can't be called customers because that would give the illusion that they are contributing to the system, and it is better to live in the imaginary world in which money falls from the sky and operates the TTC.)