Today is Doors Open in Toronto, and other places but I'm here. We started out our day at Redpath Sugar. It was one of the cooler places we went. This year we cut down on how many places we planned to go. I had a list and we only ended up doing 5 of them. Maybe do a few more tomorrow.

So Redpath is where they process your sugar. They showed us a video of where they get the raw sugar from (not like "raw" sugar they have at cafes). This factory gets its raw sugar from cane. Though in other parts of Canada they use sugar beets; they do this in Taber. 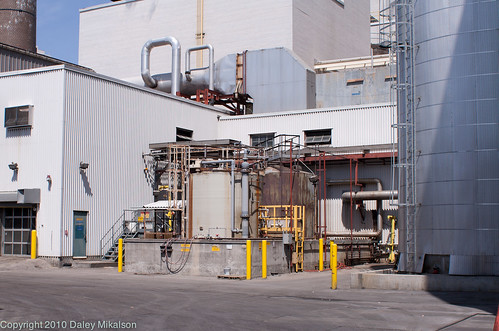 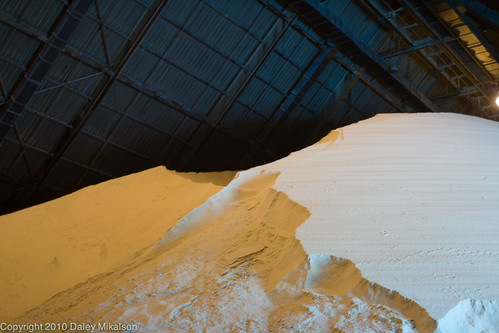 The mound of sugar in the raw sugar shack 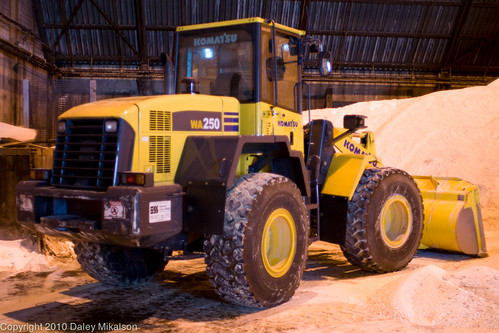 They use a front-end loader to move the sugar around the warehouse. 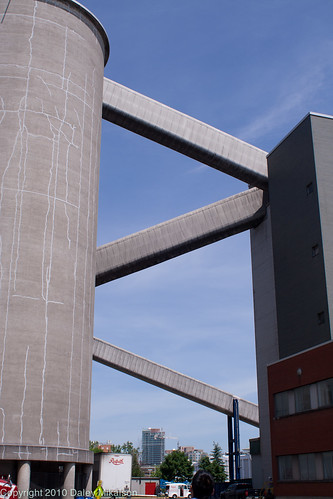 The sugar is moved between buildings in sealed conveyor tunnels 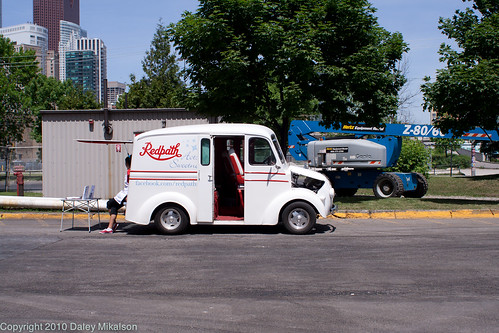 Finally, they take it to market in their truck... ok not this one, but it is packaged and transported by truck or else transported unpackaged in tanker trucks. The ladies leaning on the back of the truck gave us cookies on the way out, to top off a lovely tour.

After this, we went to Roundhouse Park, just south of the CN Tower, to see the newly opened Toronto Railway Heritage Centre. We have seen many of the locomotives and rail cars before visiting there before it was open as a museum.

Next, we hopped on the subway to head over to the TTC's Greenwood Yard, where they maintain much of the subway fleet. There were various assemblies from the subway cars taken apart to see their components. The work cars were on display, like the the line below. 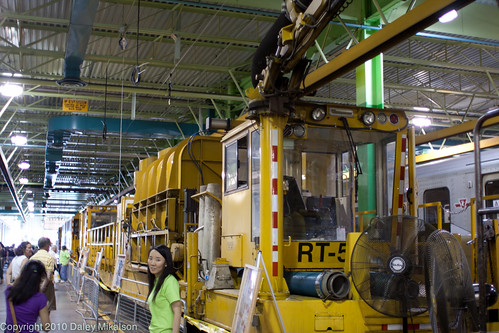 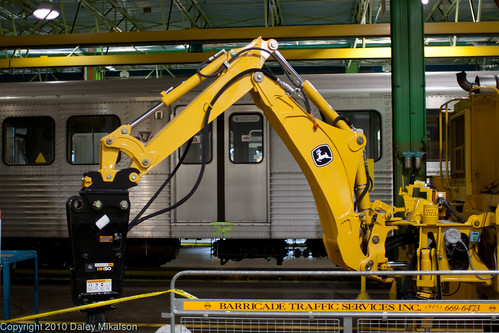 and this backhoe attached to one of them.

Returning to downtown, we went to the du Toit Allsopp Hillier office on Park Road. It was a very neat building that used to house the Ontario Association of Architects. The building is very bright inside on the upper and lower floors. After this we went to another architect's office Moriyama & Teshima Architects on Davenport. We've been by this office many times and it looks like a nice single storey building. Well once inside there is a koi pond and there are three levels in the back with large windows and lots of space. The building is deceivingly small from the front. I will have to go down the side street to see what the back actually looks like.

Overall, it was a successful Doors Open trip. I would have liked to see Stantec's McGregor Sock factory offices again and the Ontario Legislature, but they just didn't seem to be on our path. Maybe next time.

Today was a good temperature for being out and about. Tomorrow is looking to be a scorcher, 31 again.