First, I think this is the new design. The new template designer is vastly better than what was on offer before. I was much too lazy to build my own template and this has solved my problem.

Next, it has been eventful. Thursday, I went to a local planning meeting to discuss some stormwater things. We didn't end up talking about that much because another party did not show up for the discussion. However, it was interesting to see what goes on at community group meetings.

Friday, was a quiet night at home and a walk.

Saturday, we got up early to watch World Cup. I had to take a computer for my sister up to my grandma's and we did some grocery shopping. Of course, we watched England-US in the afternoon. After a delicious pizza, we went down to the Harbourfront Centre for a concert by Les Trois Accords, part of Franco-Fête. 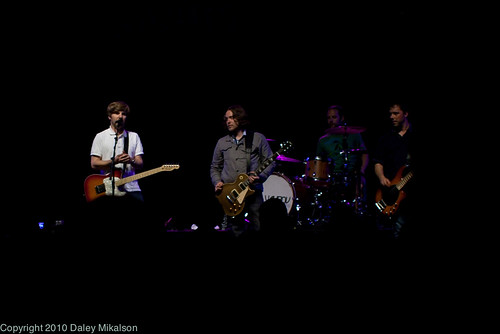 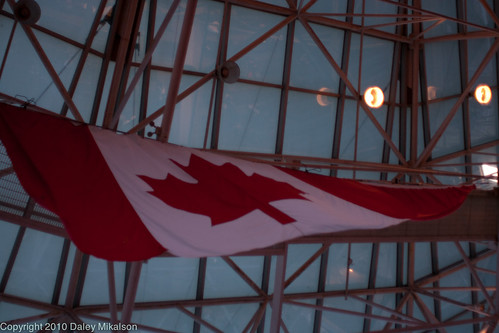 Hanging above the seats at the Harbourfront's stage 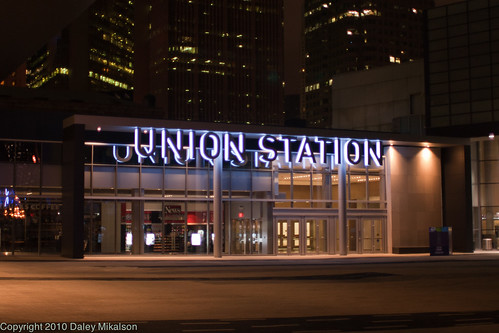 The nicely lit entrance beside the ACC

Today, was a street festival on Bloor. We rode over to that and took in the street scenes. We got home in time to see Germany-Australia. It was then time to go through my photos from the weekend. 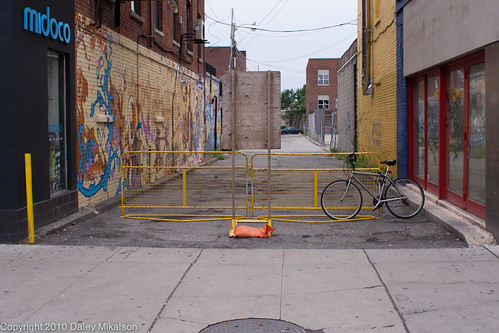