Since fixing my computer on Wednesday night/Thursday morning, I have done quite a bit. Friday afternoon it was decided that we should go to the Jays game against San Fransisco. So, I used their lovely ticket site and (most of) their pricing practices. It really blows ticketmaster's layers of in explicable fees out of the water. 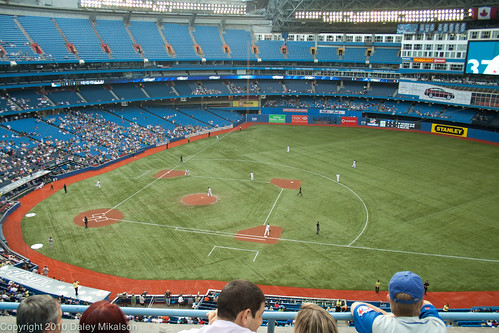 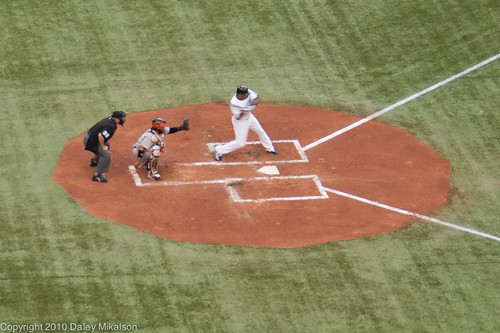 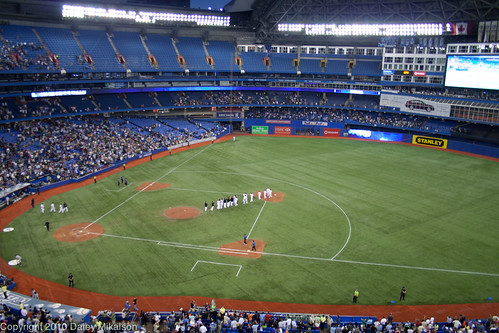 The Jays pulled out a 3-2 win. Afterwards, we navigated the fence building along Front street to get to C'est What for some beers. It was quite a fun night. 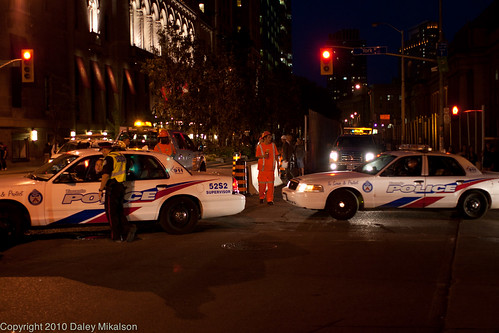 Saturday, I got up bright and early to watch soccer. My mum was in town so we went to Scarborough Bluffs. None of us had ever been. 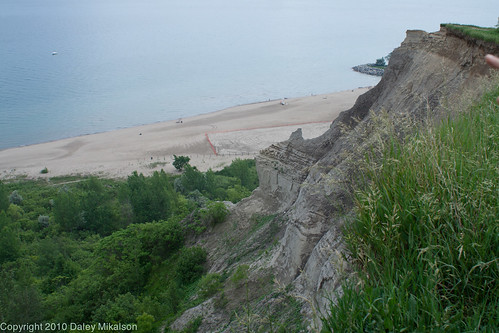 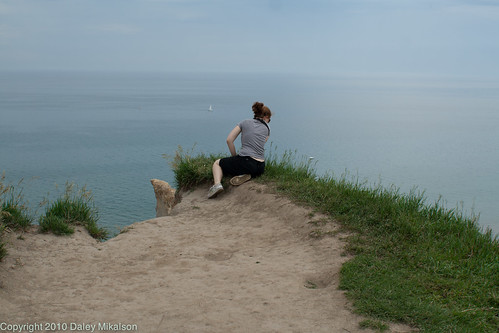 The view was pretty great. After a trek back to find a bus to the subway, we had lunch at The Central on Markham Street just south of Bloor. The burgers were good, even if the veggie burger was a bit unusual. I actually had a nap in the late afternoon, which was probably the result of the hot afternoon and having slept 5 hours each of the previous 3 nights. I had been watching the early morning soccer games.

Sunday was more low key. Watched the world cup matches and helped Heather make some blankets. We then went up to my grandma's to see my mum off.

This week promises to be just as exciting and hopefully will not involve too much interference from the G20. We're attending the last episode of Go! (CBC Radio One) and are taking in the TFC-LA Galaxy match on Saturday. Before all that I should get some work accomplished so that my research progresses in a direction I feel is... well... forward progress.