So it is really summer and it has been pretty nice here. I think 3 degrees warmer would be better, but it isn't raining so this is much better than the alternatives. Last week, the university was closed Thursday and Friday because of G8/G20. So I tried to work at home and that didn't work very well. I did however have lunch with my old co-workers and had a nice walk with Heather on Friday. We saw this lovely truck. 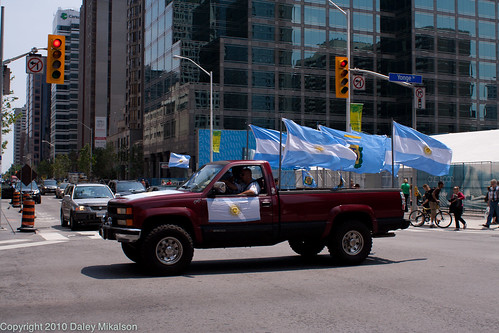 Friday night, we went to the final show of CBC Radio One's Go! It was a good time. Fun show. 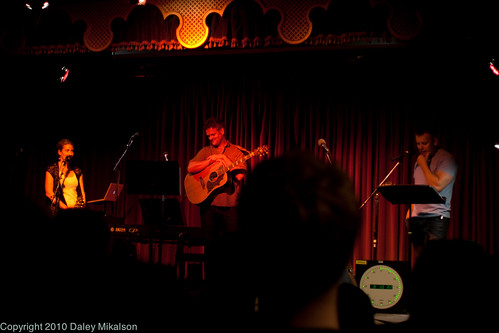 On the way home I saw my first streetcar losing its power on a turn. That I remember at least. In all the time I have been here I had only seen it at junctions where the car had been going straight. 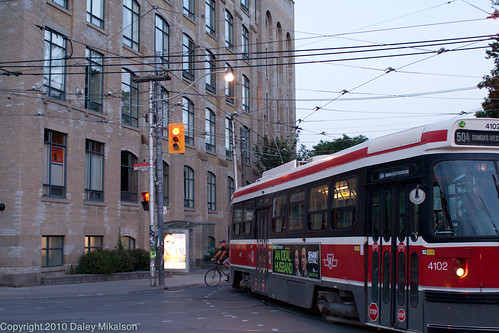 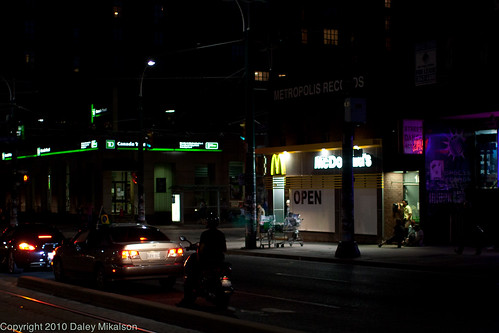 Also on the way home we waited for the Spadina streetcar and many of the buildings had been boarded up in anticipation of the G20 protesters. (Who did show up the next couple days.)

Saturday, there was the Na-Me-Res pow wow across from Loblaws. After leaving Loblaws on St Clair we found that all the TTC service was shut down south of Bloor from Broadview to Spadina. (But really to Bathurst cause the 511 wasn't running.) We decided to use our newly discovered bus route to the TFC game. I'm pretty sure it took less time to take two buses to BMO Field than it usually takes on the streetcar and subway. The game wasn't very well attended and neither team really seemed like they wanted to win, but it was nice to be away from the downtown non-sense. 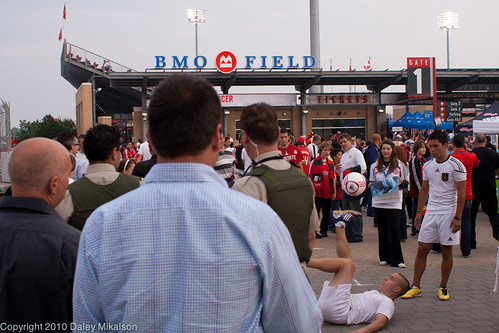 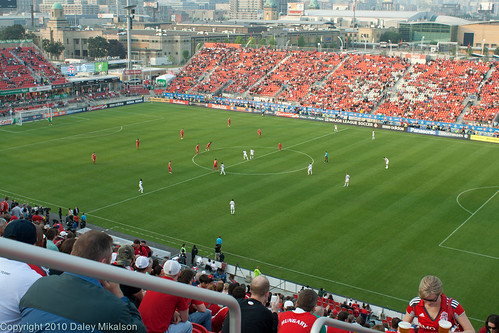 For some unknown reason they made us go around the Food building to get out. 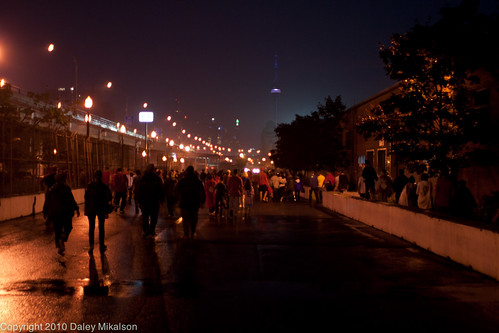 From here we went under the train tracks to Liberty Village to catch our new bus. It rained for about 20 minutes near the end of the game and leaving. People seemed to be pretty happy to be enjoying themselves at the game. 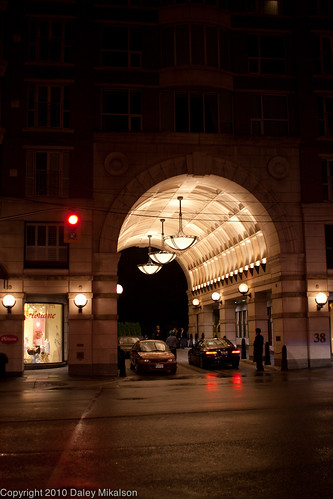 Just after I took this picture, we passed 5 Toronto police with helmets on their belts and a bunch of plain clothes RCMP and diplomatic security for King Abdullah and all his diplomatic cars. Then we passed the LA Galaxy who just got off their bus from BMO field. I think we made pretty good time getting from BMO on the bus/subway in the same time they did on their own tour bus.