Dear Ontario... unless you were driving yesterday, you probably didn't pay more because of HST. If you went to a restaurant you paid less on drinks and the same on good. I guess you could've gotten a manicure but that wasn't really necessary was it? Anything you got at the mall was the same price; there wasn't a new HST on your jeans, those had PST+GST before so the price was the same.

Yesterday was a well spend Canada Day. In the morning, we headed down to the tall ship festival on the harbourfront. We didn't bother with going on board. The crowds were quite large. 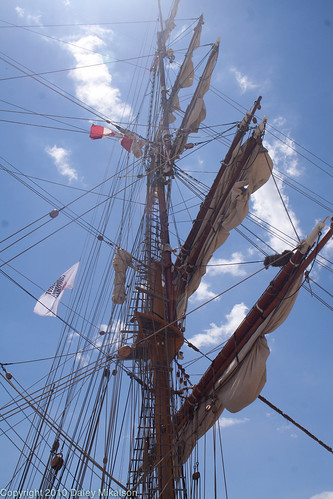 After a walk home past a Chinese community Canada Day parade, we got home for an calm afternoon before the Toronto FC game. It wasn't a great game, but there was a dust-up giving two players red cards and another a yellow. 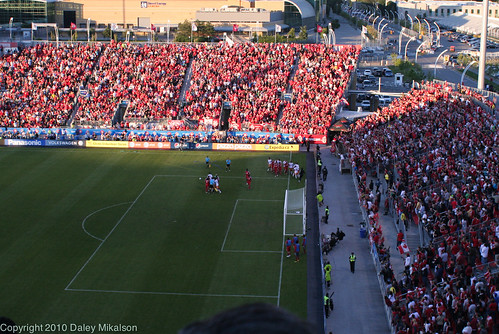 The day ended with a show by the Sadies at the Harbourfront Centre. It was a good time. Once the Ontario Place fireworks started enough people left the seating area, so we could sit for the end of the show. 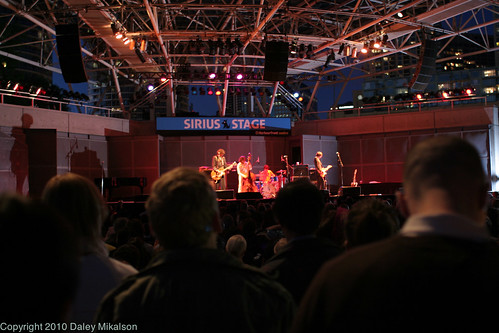 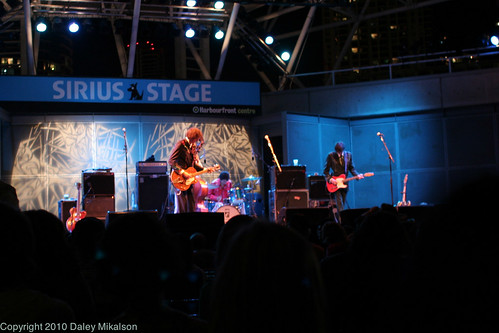