So last weekend was a good long weekend. Didn't get much done work-wise, but that's not what holidays are for. I did eventually get a good chunk of work done at the end of this week.

Friday was a day of soccer watching and some dinner and drinks with some of Heather's work people. Saturday, we again watched soccer and went on a bike ride. Sunday was the pride parade. 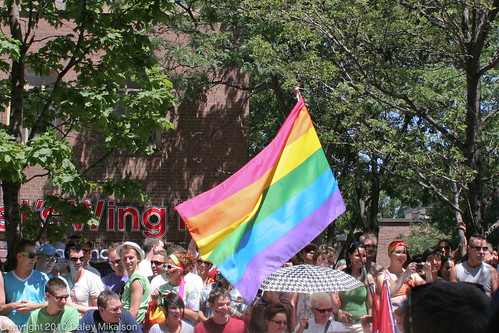 The week started hot. It was 33 to 35 from Monday to Thursday. Thankfully, it got cool on Thursday evening. I attended a meeting out in Etobicoke, where it was much cooler than at home. The police college has a really nice bed of flowers. 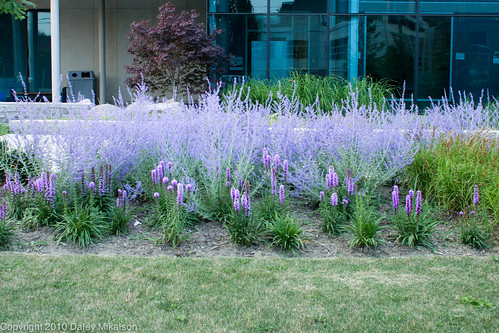 On the way home, I had a subway car to myself from Royal York for about 4 stops. I don't really like photos of people I don't know, so it was nice to be alone on the train. I'm sitting at the driver end of the train for this photo. 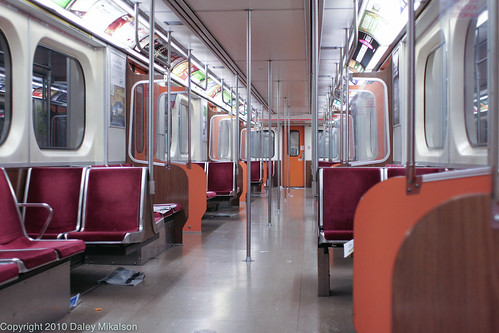 Friday night, we had dinner with Cas and took in a free show by Kid Koala at the Harbourfront Centre. It was a good show. Lots of people were smoking under the covered seats, but c'est la vie. 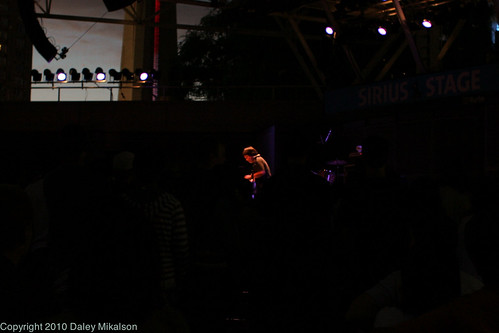 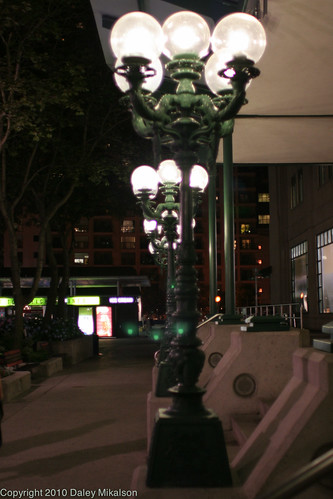