Yesterday, we were planning on going on a walk in High Park, but ended up doing so much more. After a detour to union station to get a pass for Heather, we saw an ad on the subway for the Bloor West Ukrainian Festival. So we got off at Jane and exited to the loud voice of the MPP telling the crowd about passing a bill on some genocide and that "for the first time ever in Ontario justice had been done." Perhaps she was being a bit over the top with that statement because I believe that's what we have courts for and if in all the cases before this bill was passed justice was not served then we have been wasting a large amount of money on optics. I suspect she was just being dramatic and noisy as MPPs like to be. The festival was neat, and we stopped at a bakery, had tasty donuts and continued along Bloor to High Park. 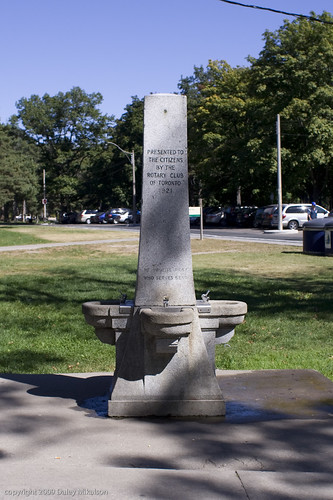 We did walk through High Park for a while and came out of the park at Garden Avenue. From here we walked up to Roncesvalles, where to our surprise there was a Polish Festival going on. I was actually hoping for large trenches from utility construction, but a festival is fun too. Walking up Roncesvalles, we happened upon a stage with a lady speaking forcefully into a microphone and who was it but the same MPP as at the Ukrainian festival, but this time she was promising a Pope John Paul II day for Ontario. Apparently, this is a non-partisan issue; though I'm sure there are lots of people who would oppose it as being unnecessary.

Another long walk on Dundas West took us to Bathurst where we caught the streetcar towards home. 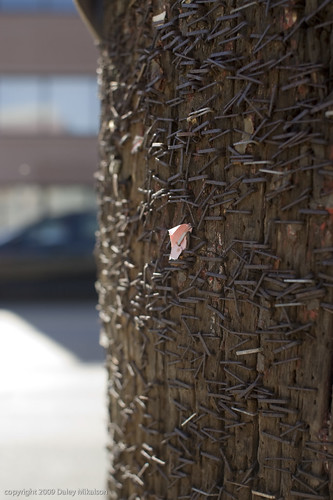 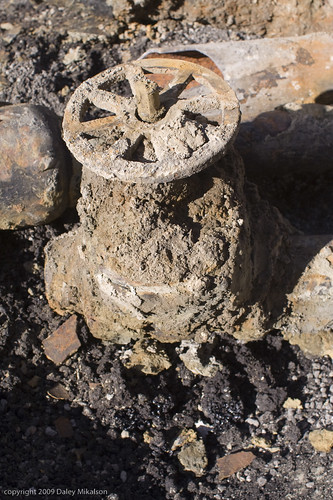 They have been digging up many streets nearby and replacing the water service. This on e was just off Bay street. It was a busy day, but likely more exciting than if we hadn't head out to wander around High Park.