Last night, Heather and I went for a walk downtown after a streetcar ride on the King car and we found out that the sidewalk in front of Canada Life on University Avenue is very dark. Though while trying to capture that darkness, I did manage to get a neat photo. 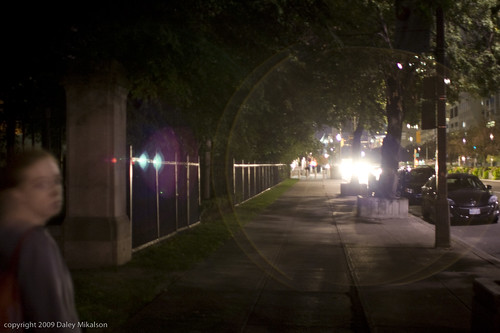 Today, we went out to the island and had a nice walk around. There was a disc golf tournament going on. I can't say that I have ever seen so many Frisbees at one time before. I bothered a dragonfly for a bit to get this shot. 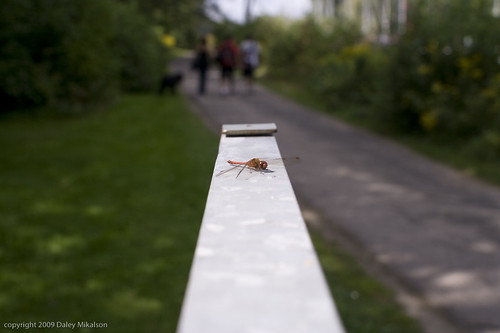 School really starts this week and things should become more organized. This past week was less organized that I would've liked but sometimes the beginning is like that. I'm TAing a course that sounds like it will be very interesting, and though I have never taken it before the subject is interesting enough that I believe it will be fine anyway.