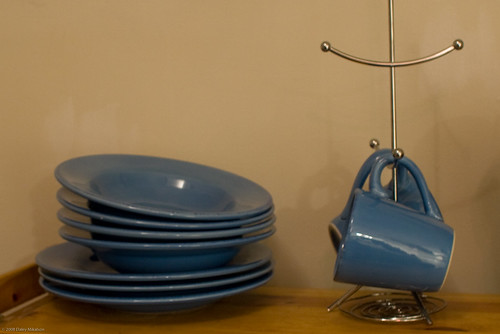 The weather is getting nice here in Toronto. Though, it is supposedly snowing tonight. (We'll see.) And it is transit strike time, but hopefully that won't happen.

A list was sent around at work asking who would need a ride to/from work if there is a strike starting on Tuesday. I decided that I would just get up a bit earlier and walk to work even though there is a possible ride for me. I figure it would take about 45 minutes to get to work since it is mostly downhill since it only takes 50 minutes to walk home back up the hills.

I am glad this week is almost over. It has felt like a long week; probably because I have had two short weeks in a row before it with Good Friday and an airport tour. However, unlike most long weeks, I had lots of work to get done, which was a nice change.

This weekend is the opening of the Toronto FC season, but I can't decide if I want to head out to a pub to watch it or not. It would probably be fun if I found a bar with lots of fans. Yet it is also nearing the end of the hockey season and the games last Saturday were quite exciting. Who knows... maybe I should just go take photos.

I have a few things to do for school, but most of them can wait so I will think/talk about them later.