I didn't have a plan for what I would do today, so I just wandered around downtown for several hours. On my way home the Japanese motorcade was still at Queen's Park so I stopped to see the Japanese Emperor and Empress come out. About an hour after I got there they came out. 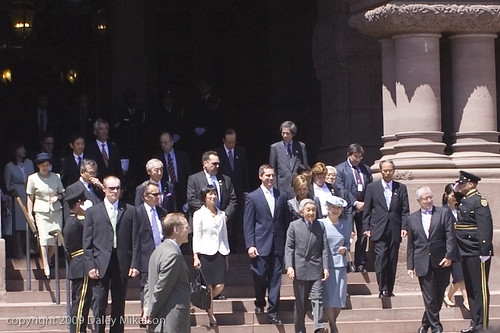 After coming down and waving to the clapping crowd, they came to shake hands and talk to some of the people. Many in the crowd had been there for a few hours wanting to be right at the front in case he came to greet them in person, which he graciously did. 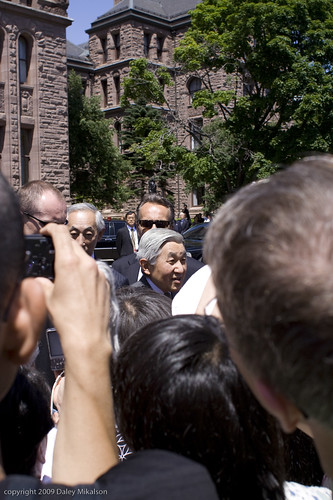 While this went on, the premier stood by and chatted up some of the crowd. "Thanks for recognizing me. I'm just here with the two movie stars." Friendly and amusing. 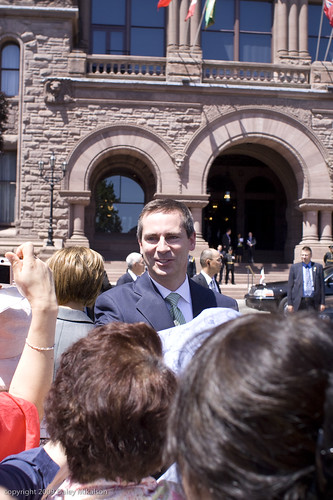 Afterwards, the motorcade headed off down University Avenue just as it had last night. Though last night it came from further up on Avenue Road past my apartment. I really wish I could capture all the red and blue lights filling the street a bit more readily with my camera; without resorting to a video mode. 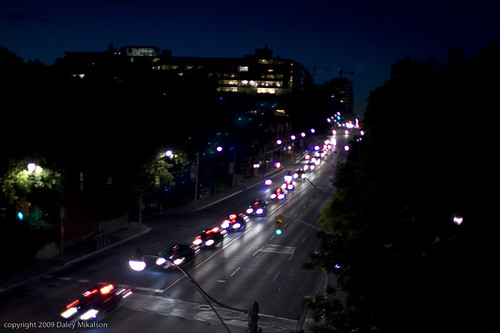